Today I went to the gorgeous Minatogawa Shrine in Kobe.
The building was rebuilt in reinforced concrete as many other examples thru-out the country but the balance, its setting in the green in the center of Kobe always gives me a sensation of wellbeing. Incidentally, here is where I got married, 15 years ago… but this is a different story… 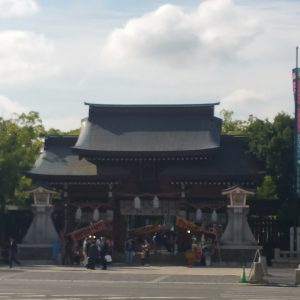 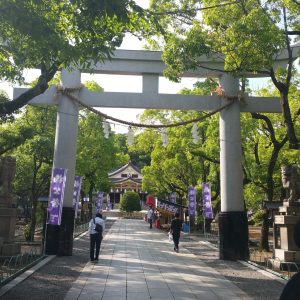 This time I was not a normal visitor: I came to participate to a casual festival as a … Kabuki actor!
Actually I have been impersonating the character “Nango Rikimaru” from the play “Shiranami go nin otoko” for over 18 years!
It all started when I visited a traditional festival and forgot on the ground my note-book.
It was promptly returned to me and one year later I was recruited to be on stage!

Nouson-kabuki (rural kabuki) is a standard (or maybe I should use the past tense) of local festivals and the amateur actors (in the past mostly peasants) were dressing up and making up their face to entertain the community. 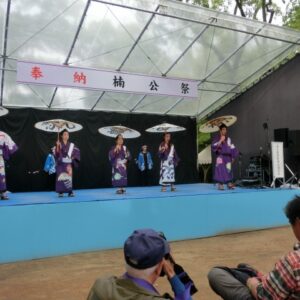 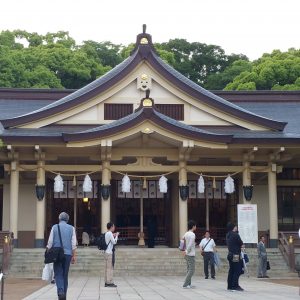 The five characters are thieves that are surrounded by the police and are giving their testaments before the final fight. Some of them had noble origins, some of them are played as onna gata (with an effeminate makeup). Nango is a rough pirate hiding on ships and popping out all at the sudden and threatening the crew with his shining sword. He is not repented and showing off his red underwear he draws his…umbrella preparing to sell his life dearly! 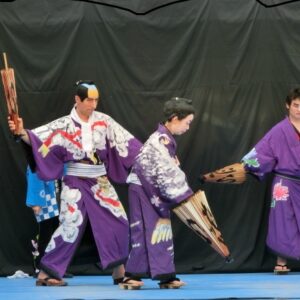 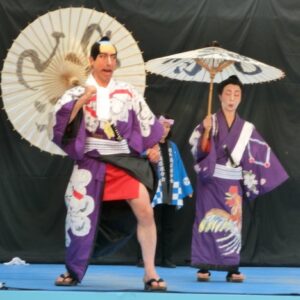